Main / The 5 Steps to the Perfect API Security Testing 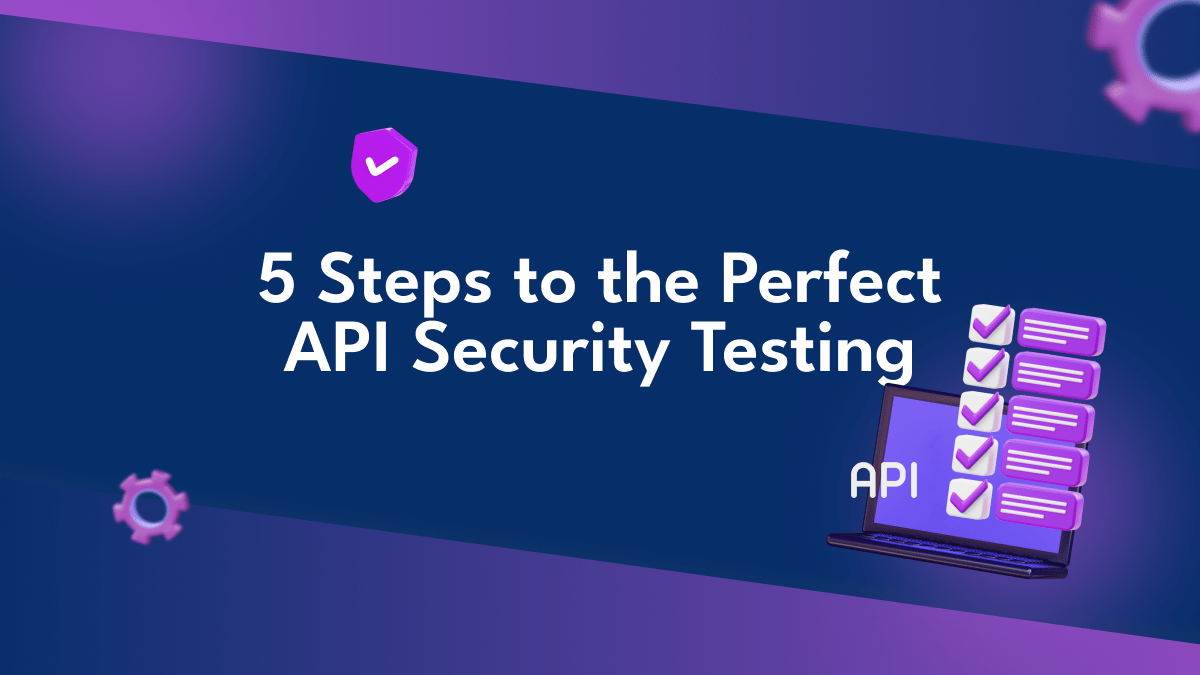 The 5 Steps to the Perfect API Security Testing

In the digital world today, APIs are the new frontier for developers and companies alike. They make it possible for one application to connect with another, creating new opportunities for collaboration as well as a marketplace of third-party integrations that can boost your company’s efficiency or expand its reach. These APIs create connections between different programs and software components so that data can be shared securely between them. The challenge is making sure the security measures in place are adequate and effective enough to keep sensitive data secure at all times. And this is where API Security Testing comes in handy. With so many different types of testing available, it’s easy to get overwhelmed when trying to determine which tests you need most for your specific project. This blog post will introduce you to 5 steps to perfect API security testing that will help you get started on the right foot no matter what type of app you’re developing.

The first step to the perfect API security testing is confirming your security requirements. By doing this, you’ll get a clear idea of what you’re trying to prevent and which attacks you’re trying to defend against. When conducting API security testing, it’s important to have a clear understanding of the API’s intended use cases. This will help you identify potential security risks and determine the best ways to mitigate them. Use cases include information about who will be using or accessing the API, as well as the types of data that will be moving through it. You’ll also want to make note of your API’s expected volume of usage. The more API calls you expect to be made, the more likely it is that hackers will want to exploit your API.

Step 3: Pick the Right Tool for the Job

The next step in the perfect API security testing process is testing with real data. In the heat of development, you may choose to test your API with dummy or test data, but this will not reflect the conditions of actual use. You would not want to release an API that is only tested with test data, as this could lead to data leaks or other issues, once the API is in production. There are several ways to test your API with real data. You can manually test each API call, using a tool like Postman to manually send test requests to your API. Another option is to use a mock API service. Mock API services are designed specifically to facilitate API testing and can be used to both manually and programmatically send requests to your API.

The final step in the perfect API security testing process is to sum up. At this point, you’ve completed thorough testing of your API, and you’ve found and fixed any issues that arose. Now is the time to reflect on your testing and look for areas that could use improvement. As you review your findings, think about what went well and what could be improved next time. If you know you’re going to be testing your API again in the future, you can use these insights to create a more efficient testing plan. With the perfect API security testing process, you can be sure that your API is as secure as possible.

Now that you understand the 5 steps to the perfect API security testing, it’s time to put it into practice! The more prepared and strategic you are, the more likely you are to succeed in your testing efforts. With these five steps in mind, you’ll be able to plan your testing process efficiently and effectively, making the most of your time while ensuring that your API is as secure as possible. Ready to get started? Then let’s begin!