Main / How to Secure Your API – Vulnerability Scanning and Security Scanning 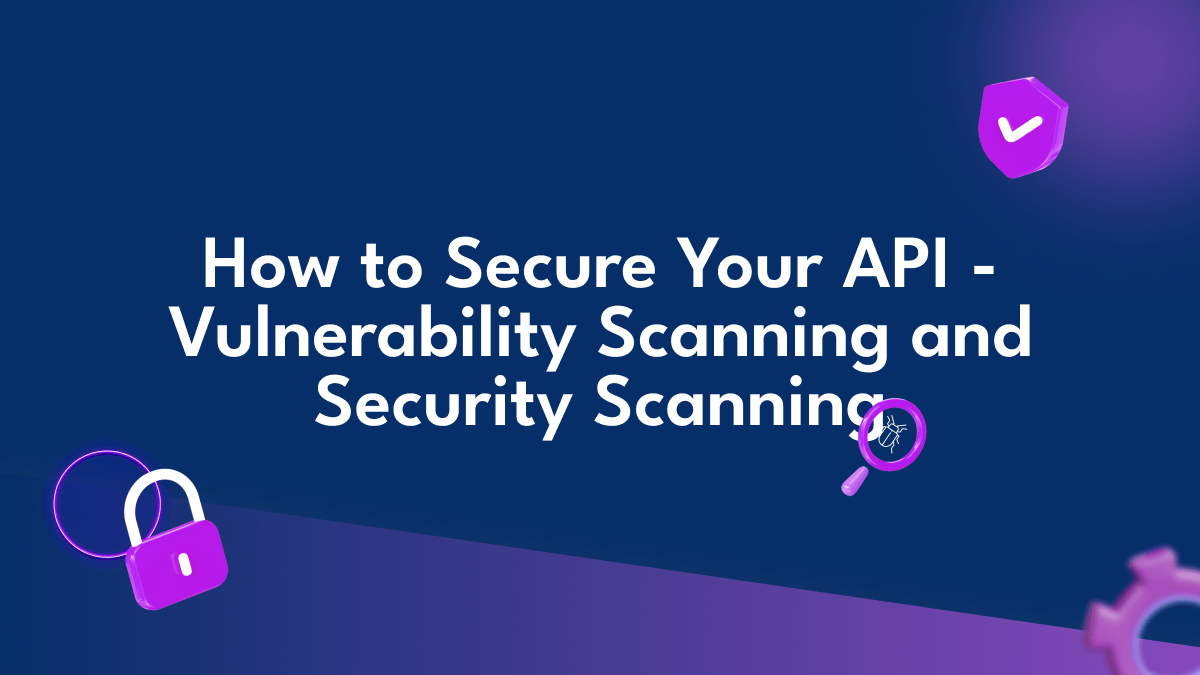 How to Secure Your API – Vulnerability Scanning and Security Scanning

When building an API for your company’s product or service, you may have a lot of ideas about how to make it the most valuable resource for your users. Maybe you even have a prototype or proof of concept built that gives you an idea of how people will use the API once it’s live. But how do you know if all of your ideas for the API are going to be worthwhile?

If you’re not sure whether the time and effort it will take to build your API is worth it, there are probably plenty of other businesses who feel the same way about their own APIs. There are so many other companies out there working on new, innovative APIs that aren’t worth spending time on right now. That means that if you don’t secure and maintain your API from day one, sooner or later someone else will find out about it and steal all of your hard work before anyone else can benefit from it. In this article, we will cover the different ways you can secure your API, from vulnerability scanning and security scanning to testing and static analysis.

Before you start building your API, you should know what kind of security vulnerabilities are associated with it. Maybe the API is vulnerable because it has a lot of traffic or because it’s an endpoint that individual users can access on their own without the knowledge or consent of the company. Maybe there are other factors that make it easy for someone to exploit the API and cause damage or steal confidential information from your company.

There are several ways to find out about these weaknesses. You can look at public APIs and see how they were built and what vulnerabilities they have, you can use tools like scanners like Nessus which create a report with all of the possible warning signs before you build anything, or you can do some research by working with potential partners who already have APIs that they want to integrate into yours.

One of the first things you should do when developing your API is run a vulnerability scan on it. It’s important to get a baseline on how secure your API is before you put in any more effort. The scan may reveal some vulnerabilities that you didn’t think about, but it will also provide some insight into what’s already been done with your API.

Security scans can be done in two ways: manually or automatically. If you don’t know how to write a vulnerability scanner and would rather not build one yourself, there are plenty of companies who can help with this process for you. If you want to do it yourself, general suggestions for vulnerability scanning include checking out URLs listed in the code and running a site search like Google or Bing to see if there are any known issues associated with those URLs.

One of the smartest ways to secure your API is to create a security scanning plan. This plan can help you identify potential risks and weaknesses in your API so that you can take steps to avoid them before they become an issue. Security scanning plans are also useful for helping developers build applications that make use of your API more securely.

One resource that can provide you with a security scan plan is a vulnerability scanner. A vulnerability scanner will allow you to automatically assess the security level of your API and provide recommendations for how to improve or mitigate vulnerabilities that have been identified. The benefit of using a vulnerability scanner instead of manual testing is that it allows you to run a much wider range of tests on your API than would be possible otherwise, allowing you to find potential problems earlier in the process and prevent them from becoming issues later.

Many security scanners also come with features like user authentication, which allow you to determine whether or not your users are who they say they are before allowing them access to the capabilities offered by your API. This feature is especially important for APIs used for sensitive data such as financial transactions, because it prevents hackers from stealing data without needing any credentials at all.

Keep an Eye Out for New Threats

So, what can you do to prevent your API from falling into the hands of another company, or worse, hackers? You want to be proactive about protecting your API, which means keeping an eye out for new threats. Here are a few things to look out for:

The goal of this article is to provide you with a framework to help you secure your API from vulnerabilities.

A successful API should be beneficial to the end user and the business. It should provide a valuable service to the business and bring in revenue. But it’s not enough to just build an API. You must also make sure it’s secure. Otherwise, you may be putting your company at risk.